I am a part time member of CSG Free Shoalhaven I attend meetings when I can. One of the people I have met through this group is Anne Dean. Now don't let Anne tell you she is ordinary - for she is not and she is one of the driving forces behind the local group.

Anne and her husband recently took a trip to Queensland and of course you just cant avoid coal seam gas mining when you are in western Queensland.

Anne has put her thoughts down on paper and given me permission to print them below along with some of her great pictures ~ you can really feel the emotion in Anne's writing and I can feel how confronting this trip was for her.

Please share this post with any and everyone especially those interested in protecting our land and water from gas mining ~ we really cant eat coal or drink gas.

Thanks Anne for sharing your experience with us ~


I’ve been involved in the ANTI  CSG movement  for a little over 3 years now. My partner and I are new to the Shoalhaven, retiring here 18 months ago. We thought the Shoalhaven was not only the most beautiful area in the country but that  CSG mining and fracking wouldn’t be  a threat here; and this was a major reason why we retired  here from Sydney.


My daughter Melinda Wilson runs the Western Sydney,  and  Blacktown, No CSG Groups as well as  the Protect the Kimberly FB  SITE.


I want to speak to you tonight .  Not to  give you a travelog about the last 2 and a half  months we have just spent,  driving around Queensland in our caravan. BUT  rather,  to pass on to you all that we experienced and learned about The Coal  &  Coal Seam Gas (mining)  industry; and the terrible impact it’s having on people and communities in QUEENSLAND. It’s quite HORRIFIC  and for us  NOT to share our experiences ;  is just  NOT AN OPTION.


We all  need to mobilize and prepare for what is coming our way. AND we need to create a HUGE  resistance group to make sure we stop, what is happening in Queensland, happening in our state of New South Wales, and more specifically in our local Shoalhaven


We  visited  Tara, Chinchilla , Kogan GAS FIELDS. We talked to local people  who lived there . They were all  happy to tell us about the terrible destruction  Coal Seam Gas mining and Fracking has caused to their health & their local area.  We weren’t  able to meet Debbi Orr because one of her neighbours told us, she was at the hospital ,  the day we were there ;  with her youngest child and new baby, AND that all her six children along with children from 26 OTHER  local families; are suffering   from contamination that no one can   explain;  or take responsibility for;   but which all started when the CSG drilling started;  and is consistent with the symptoms being suffered by children overseas where CoAL SEAM GAS  drilling and fracking has been in full production for over a decade. 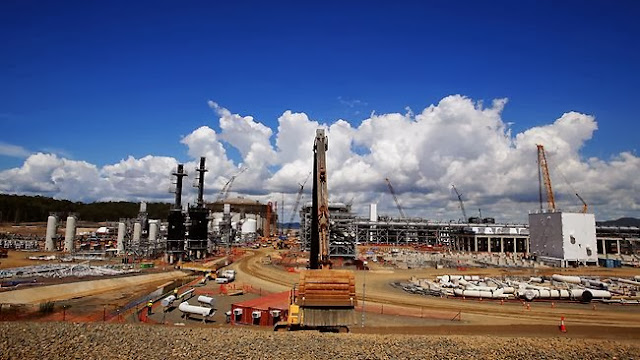 We saw the Condamine river, which bubbles like a spa,  and still no one will take responsibility, telling us it’s  a natural occurrence which just  happened to start when Coal Seam Gas  drilling and Fracking started.


The majority of Coal Seam Gas  Mining around Tara, Chinchilla and Kogan  is done back from the main roads, along a dirt track,  mainly away from view , among the trees, and can only be found by  people specifically looking for it


But  around  Miles, Roma and  Wandoan   there are drilling Rigs everywhere , massive holding  ponds, thousands of pipes stacked everywhere    all brazenly visible from the road.  It’s absolutely HUGE. And the roads linking all these towns are  jam packed  with huge industrial mining trucks  and water carriers. Which operate 24/7.


We travelled  to  Mt Isa  where the huge coal   mine is at the end of the main street in the  CBD spewing coal smoke directly onto the population  as they go about their daily  shopping.  The negative health impacts on the people of the town are  documented on the internet


We  drove  to ,Cloncurry, and  Bowen,   and down the east coast of Queensland..


The  saddest experience we had was to drive through Gladstone to Curtis Island. Here there has been no attempt to disguise the absolute desecration and destruction, caused by the mining companies  everywhere. 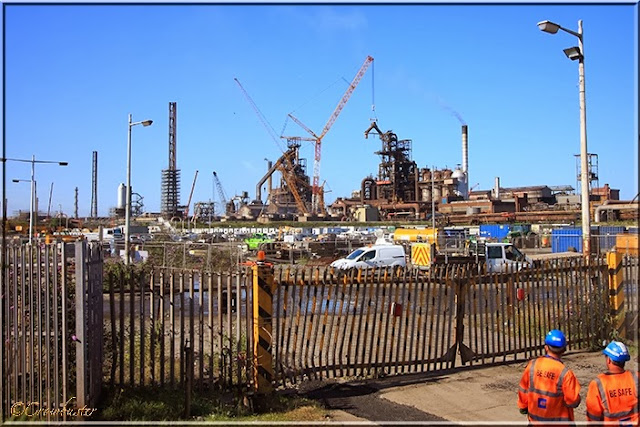 It was such a terrible sight that it brought a  tear  to my eye.


I could not believe humans could have such little regard for the land, the environment and the planet.


AT  Charleville we visited the Cosmos Observatory and saw how the planet evolved. We also  looked at the stars and other planets and learned all about space travel. 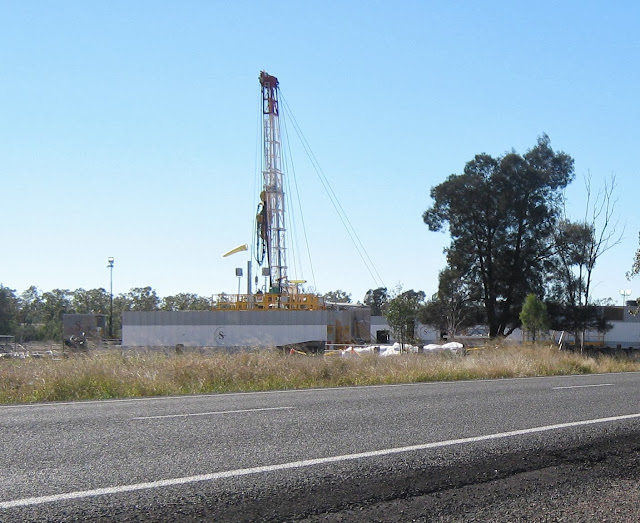 At Port Macquarie we visited Sea Acres and walked around the tree top walk, learning all about the rainforest and how the vegetation  coexists  and regenerates.


At Cairns we took a glass bottom boat to Green Island to view the spectacular Great Barrier Reef The world Heritage listed, and UNESCO protected reef, is the most diverse living organism and ecosystem in the world. Mining companies plan to remove 3 million cubic metres  of the reef  and the sea bed to build the largest coal export terminal worldwide. Unless stopped  we are going  to lose the worlds most truly precious gem to a temporary & damaging  mining solution.


But  probably the highlight of our trip would have been the 5 hours we spent at Steve Irwin’s Australia Zoo, while we were at the Sunshine Coast. .. As well as being a tribute to Steve’s , much to short life;  it  focuses  on Steve’s work saving  animals and precious wildlife . Not only protecting them, but also ensuring the environment they  occupy is kept pristine for them to inhabit and enjoy a future  Before the daily midday show in the crocoseum , Bindi, Bob and  their mother Terri spoke digitally to the audience on a HUGE screen;  against the destruction being caused to the country and the environment  by  BIG  MINING  ,.


IT WAS VERY POWERFUL.


Once  we reached the Gold Coast I met up with some  Lock the Gate    friends that I had met through chats on facebook ;  and   joined them  in a peaceful  protest  in front of local Liberal  candidate  Steve Ciobo’s  office in Cheveron Island  Wonderful  caring passionate people who have formed a chapter of the Knitting Nannas Against Gas


When we got to Byron Bay we drove 20 kms  to Bangalow and attended an   “Auzzies Against Fracking”  event at the Bangalow Bowling Club . There were over 300 people present . Some I knew from  Facebook or the Mayday Rally last year;  others I had never met,  but they welcomed us;  all the way from the Shoalhaven.


IT WAS AN INSPIRATIONAL NIGHT


Artists all entertained for free;   Swamp  Stompers  ,Lil LIL ,  Kevin Borich , Wolfe Mother,  Leo Sayer.   Many others spoke by electronic hook up.  Celebrities  from all fields,  stating their ANTi CSG messages on an overhead screen. There were hundreds of them.


I met  Dayne  Pratzky who stood up and spoke about  his life, living  in a Gas Field. He told us all he  holds a Certificate of Title for a 100 acres  property, that is worthless. It was HORRIFIC.


But in spite of the somber message of  Coal Seam Gas  mining; and Fracking which had united everyone; it was a night of music , dancing and  celebration  Celebration  of community; and the camaraderie   that has brought  everyone  together in this common fight.


ANTI COAL SEAM GAS PEOPLE ARE THE MOST INSPIRATIONAL PEOPLE I HAVE EVER MET. 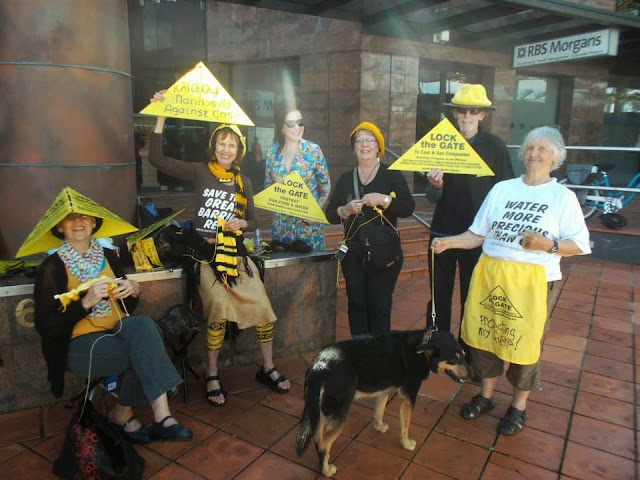 Across the country;  people are  forming  Knitting Nannas Against Gas Groups. Senior people sitting outside Politicians  Offices or Mining Company offices; knitting in yellow and black.  Of course when anyone asks  them  what  it’s  all about , that person very swiftly   receives  an Anti CSG flier, or DVD  and are asked to sign a petition. The Knitting Nannas  are growing from strength to strength and are shortly to release a video about their activities.


Younger  people are joining, or forming  ‘Gals Against Gas’  or ‘Burlesque Babes’. (Groups)  Cheer squads; dressed  up and performing dancing routines  to promote the Anti CSG.movement.


People are organising  concerts, (like the one we attended)  picnics, stalls,  bike rides, horse rides,  human signs and Rallies.  All kinds of events to highlight the Anti Coal Seam Gas  cause ,  raise awareness and keep the movement on the boil.


Everywhere we went we saw LOCK THE GATE ,   No COAL SEAM GAS  and Vote 1 GREENS. Signs.


With the recent change of government it is more important than ever that we are united and strong in our resistance, because the new Federal Government is very pro  Mining and BIG BUSINESS and has already told us they plan to streamline mining approvals and roll them out as quickly as possible.


We all know that we are the good guys in this battle. The evidence is everywhere about the terrible destruction  Coal and Coal Seam Gas mining   causes.   And we know  THAT IF WE ALL  stand together  UNITED and STRONG;  IN THE END  WE WILL PREVAIL..


BUT are  WE READY? Because if we value our country, state and local region , we definitely need to get ourselves   READY….  and  QUICKLY.

Thank you very much 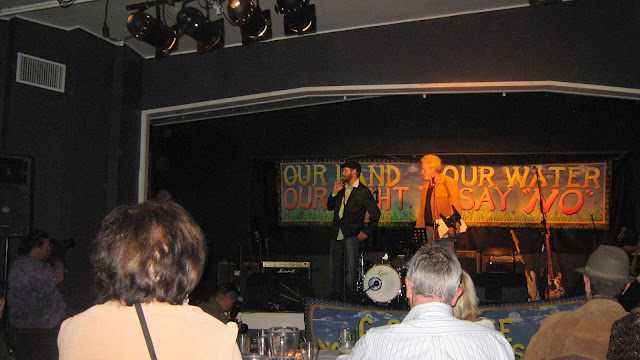 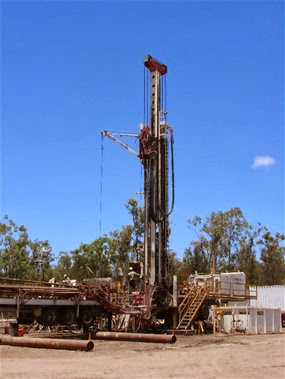 This space will keep you up to date with issues I am dealing with at Shoalhaven City Council and other things I am interested in. 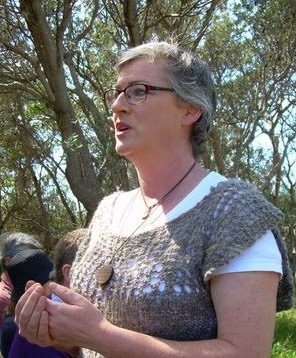 We would hate to see you go but if you do not want to receive the newsletter anymore please click the link. Unsubscribe from our newsletter